And this week, Renee Gracie and Ellie-Jean Coffey, both 25, got frisky during a trip on the Gold Coast.

The busty babes flaunted their figures in skimpy bikinis as they held hands and frolicked along the sand.

Busting out: Adult entertainment stars Renee Gracie (left) and Ellie-Jean Coffey (right) got frisky during a trip on the Gold Coast on Monday

The pair have plenty in common beyond their propensity to strip down on camera for cash.

Both Renee and Ellie-Jean enjoyed successful careers in sports before moving into adult entertainment.

Renee, 25, was a racing driver while Ellie-Jean found fame as a professional surfer. 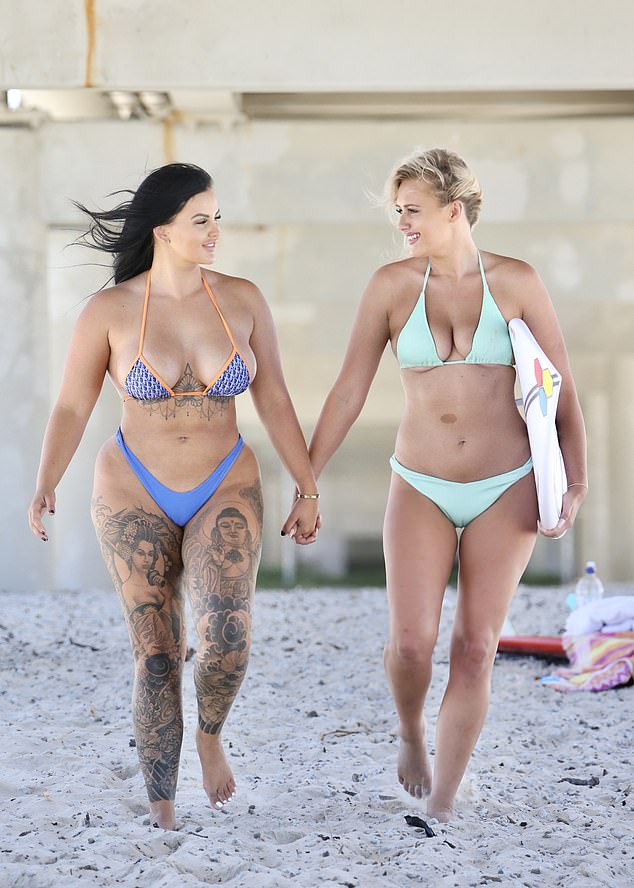 BFFs! The busty duo held hands and smiled at each other as they frolicked through the sand 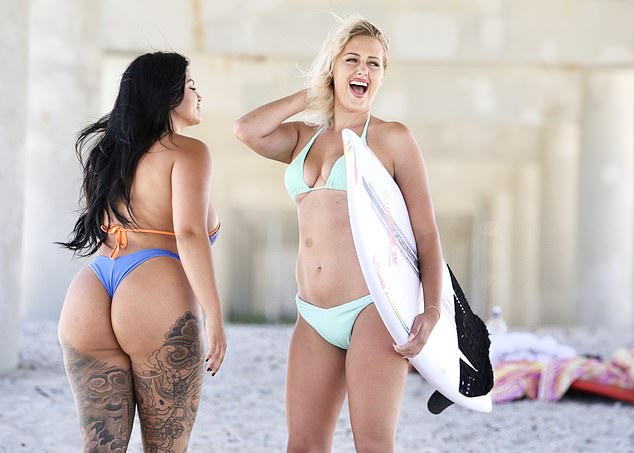 Cheeky girl! Renee, who has had a Brazilian butt lift, flaunted her derriere in a G-string

Looking every inch the best of friends, the glamorous pair walked hand in hand and even shared a kiss on the cheek at one point.

Renee is one of Australia’s top creators on OnlyFans, a subscription-based website that allows users to sell adult content for a monthly fee. 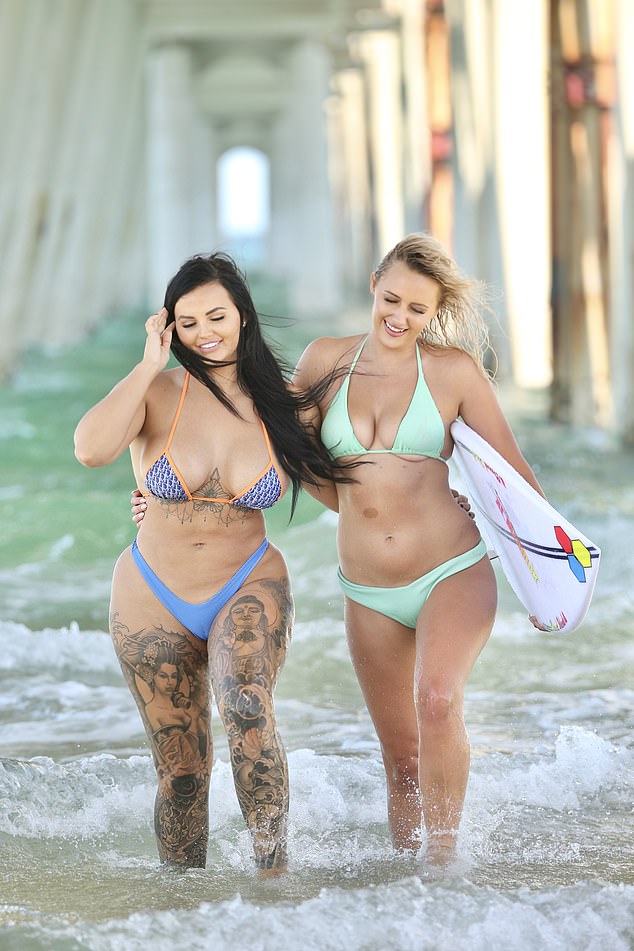 Dynamic duo: Renee and Ellie-Jean strolled through the surf with their arms around each other 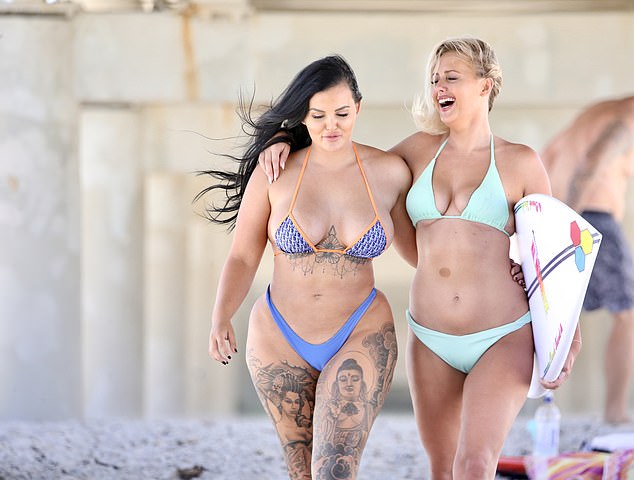 Busting out! Renee risked a wardrobe malfunction in her triangle bikini top 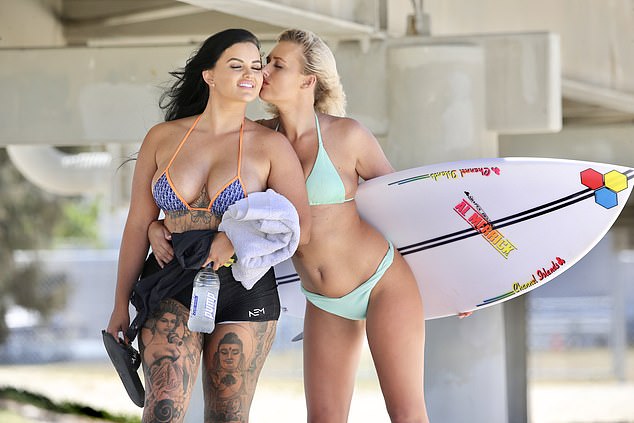 Pucker up! Ellie-Jean leaned in and gave the busty brunette a kiss on the cheek

The brunette bombshell has earned close to $2million on OnlyFans, despite only being a member of the website for one year.

‘I do earn a reasonable income per month from OnlyFans. It’s more than what some people earn in a year,’ she told Daily Mail Australia last month. 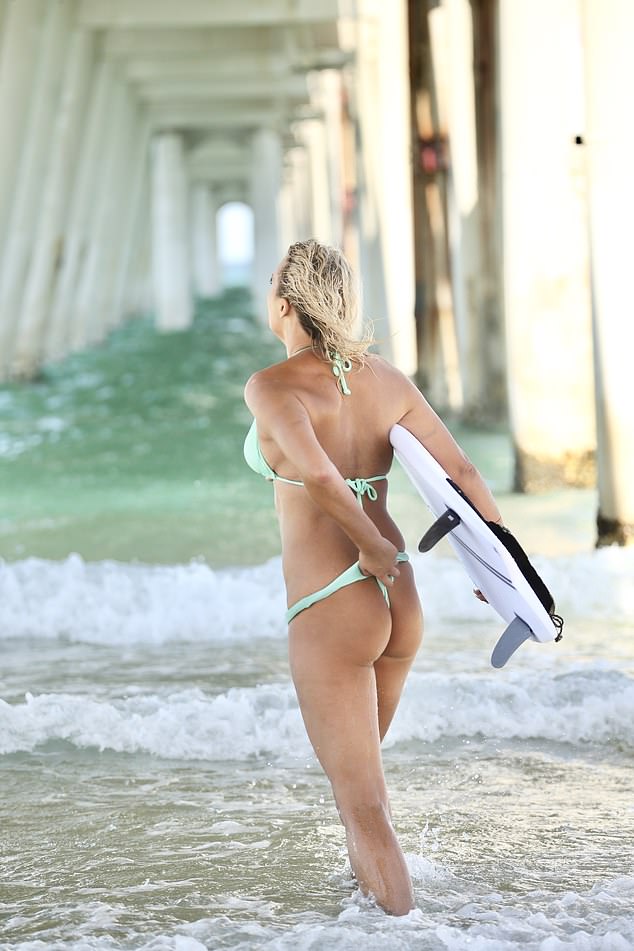 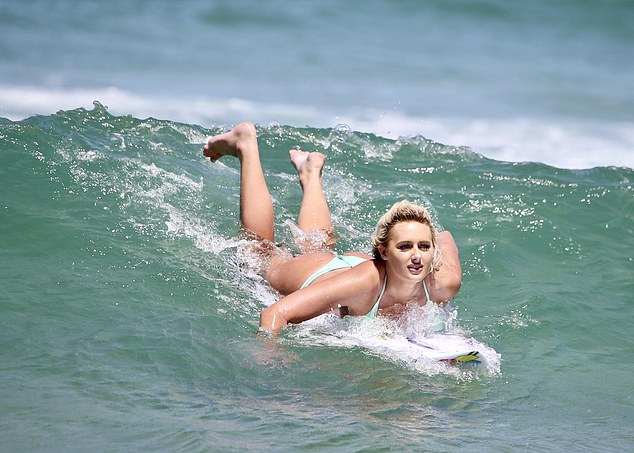 Champion: The busty blonde was a professional surfer before moving into adult entertainment

The Gold Coast native added that she ‘never even paid tax’ when she was a Supercars driver – meaning she was earning under the threshold of $18,200 per year.

‘That’s pretty much what I was earning. I was literally broke, living pay cheque to pay cheque. I wouldn’t have food or dinner, as I couldn’t afford to eat,’ she said.

But her lifestyle took a massive U-turn when she shifted to adult modelling, and she’s never looked back. 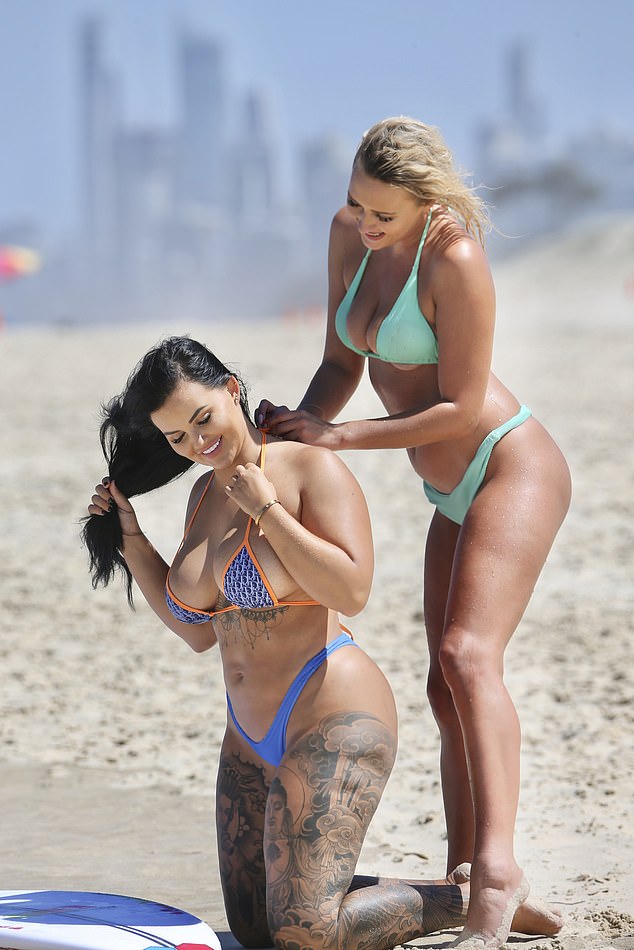 A helping hand! Ellie-Jean tied Renee’s bikini top up to ensure that she wouldn’t have a wardrobe malfunction 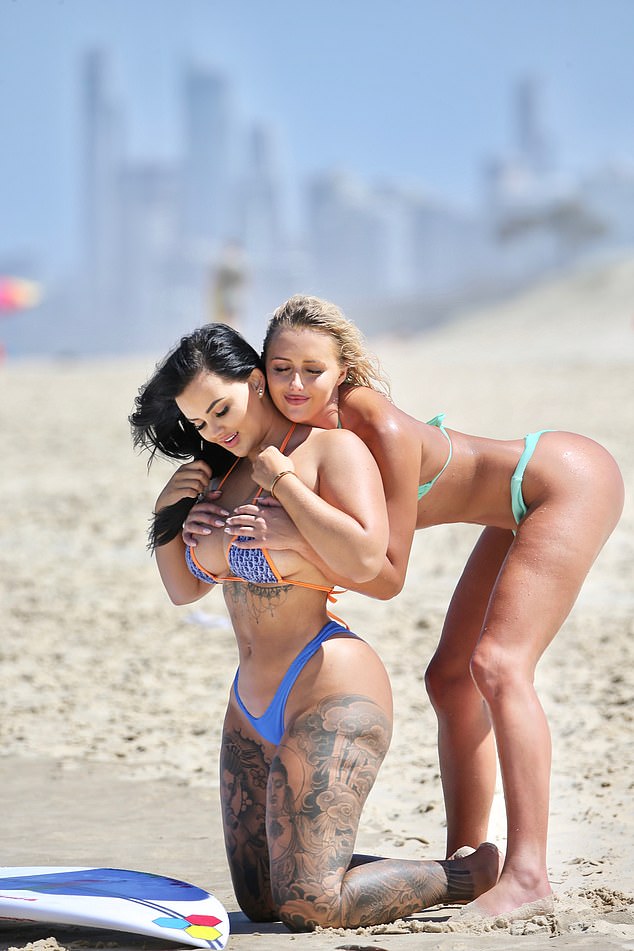 How sweet! The Gold Coast stunner gave Renee a friendly hug from behind 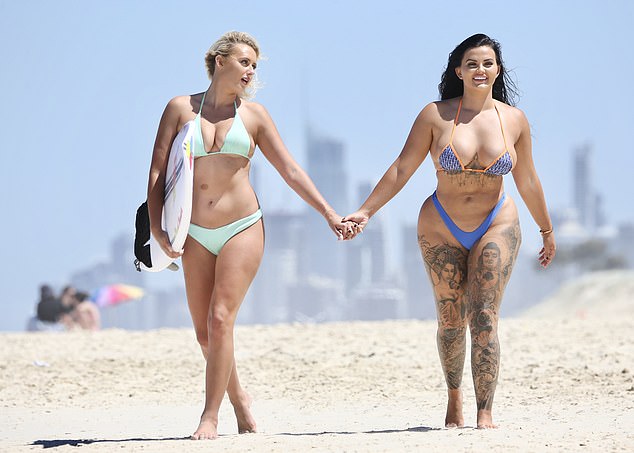 Picture perfect: Ellie-Jean and Renee looked like Baywatch bombshells on the beach

It’s a similar story for Ellie-Jean, who left the ‘male-dominated’ world of professional surfing behind because it was unfulfilling.

She doesn’t use OnlyFans, however, and instead opts for a personal website with a similar interface to sell subscription content. 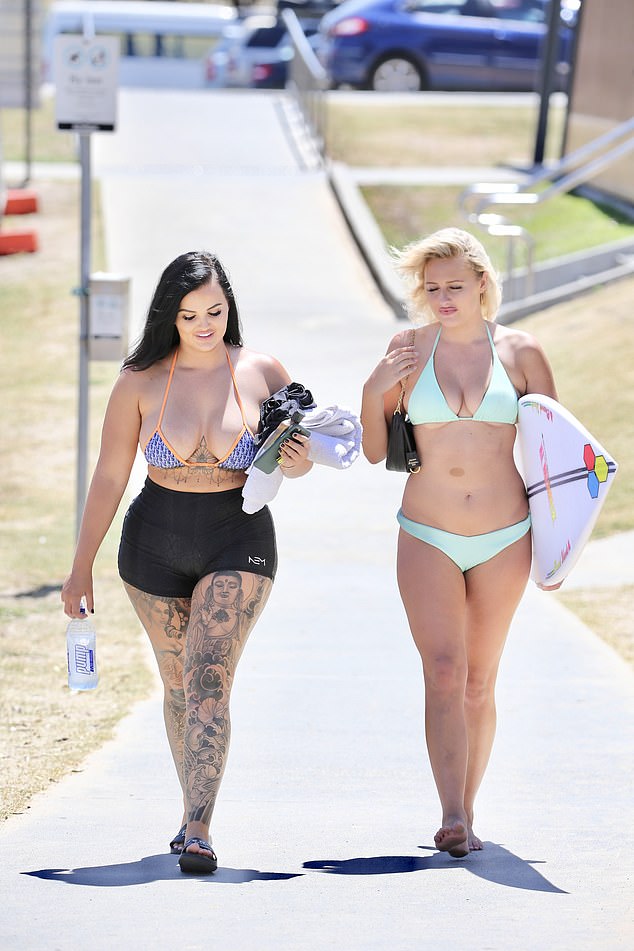 Time to go! The sensational stunners strolled down the footpath after their day was done 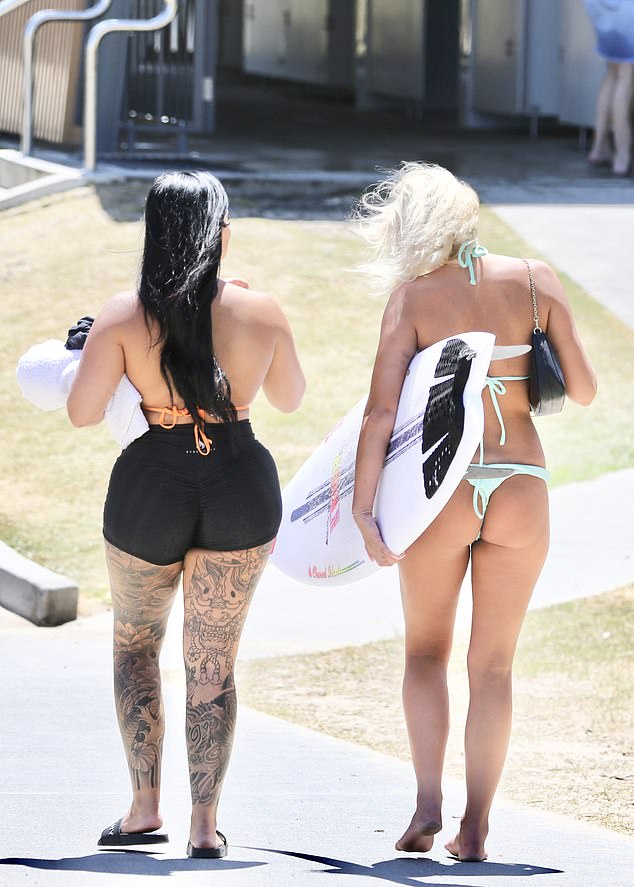 From behind! The pair flaunted their peachy posteriors as they left the beach

Oculus has discounted VR games and experiences for Black Friday

Oculus has discounted VR games and experiences for Black Friday

Stocks Edge Higher Amid Stimulus Hurdles and Ahead of Tech Earnings

Stocks Edge Higher Amid Stimulus Hurdles and Ahead of Tech Earnings